How to convince your parents to let you go vegan!

Every age group has their unique challenges - our vegan teen volunteers decided to get together and create this guide for teens!

Step 1: Educate!
Initially, it may be quite hard for your parents to understand why you want to go vegan, especially if they are unaware about the cruel treatment of animals. An easy way to inform them about the benefits of veganism is to watch a video together, such as Cowspiracy, Earthlings, or 101 Reasons to Go Vegan.
Step 2: Be responsible!
Show them that you’ll be responsible for your diet and it will not be a burden to them. For example, you can offer to help with grocery shopping, cook vegan meals for the family, and prove to them how easy, cheap, delicious and diverse a vegan diet is.

Your parents may also be concerned about your nutrition (“But where will you get your protein?!”) Show them that you’ve already done your research, and you’re mature enough to take care of your health properly. It’s important to assure them that you can still meet all your nutritional requirements and have the best health even on  a cruelty-free diet. If they still have health concerns, the documentary Forks over Knives is a good starting point to dispel their myths.

Step 3: Ease into the transition!

It’s unlikely that your parents will support your decision immediately, so just give them time to get used to the change. You could start off by cutting red meat from your diet, then poultry, then seafood, followed by eggs, dairy, etc.

This spectrum can be used as a guideline to help you work towards a 100% cruelty-free diet.

Step 4: Stay calm and rational
It’s important that you don’t flare up or get frustrated at your parents, because after all, they just want the best for you. So just stay calm and steadfast when you’re discussing the topic with them. If you show them that you’re truly passionate about it, they’ll gradually change their mindset and eventually have a change of heart.

We have several helpful documentaries which you can watch together with your parents.

Check them out here!

Here are some starter kits that could help you out!

Unfortunately, not all school canteens in Singapore have vegetarian stalls. Your best bet would probably be Muslim, Indian or Chinese mixed rice stall, but do note that there will be cross-contamination.

Other common vegan options include...

Here's a helpful translation guide created by morethanveggies you can use when you're eating out! Check out her hawker guide as well!

Eating out as a student

Eating out with friends and family as a vegan isn’t as hard as it seems! Most of the time, there’s usually a vegan option, or a vegetarian option that can be made vegan. It’s best if you discuss ahead of time where you’re going, so you can ensure there’s something on the menu for you.

Visit our Eating Out page for more vegan options!

Here are our top 3 picks for budget-friendly non-vegan restaurants:

Here are our top 4 picks for budget-friendly vegan restaurants: 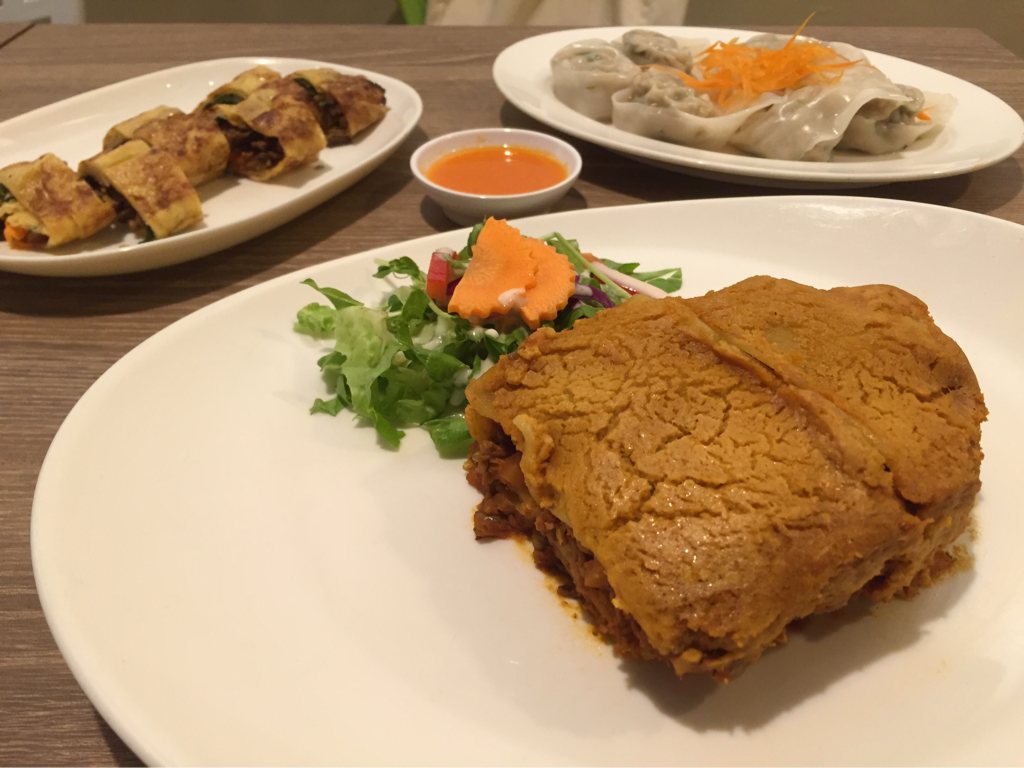 Some people may make silly comments or tease you about your switch to a vegan diet. Just remember to keep your sense of humour and laugh it off. People are also bound to question your diet, so just be ready to justify why you made the switch. You can simply say something like “For ethical reasons” or “I decided I don’t want to support animal cruelty.”

Once you've transitioned into the vegan lifestyle, you may be more interested in helping to promote the vegan message. As a student, there are so many platforms  and opportunities for you to reach out to your peers!

Check out our school resources for students here!

1.What inspired you to start on a vegan diet? Was it challenging to make the transition?

I had been into healthy eating for 3 years prior to going vegan, and one day while watching health related videos on youtube, I discovered veganism! I didn’t find it hard to “give up” animal products to be honest. I had no desire to eat them once I started began recognising them as the sentient beings they once were.

2. Are your family member(s) vegan as well? How did they feel about your change of lifestyle?

Unfortunately no. Initially my parents weren’t too happy about it because they were concerned about my health and about me isolating myself from non-vegans. They let me be vegan though because I was quite insistent on it. After a while they realised I was doing fine and became really really supportive and accommodating! It gets easier everyday. When we go out for a meal, we either go to a vegan/vegetarian restaurant that I suggest or a eatery that has both vegan and non-vegan options. For birthdays we get vegan cake so the entire family can celebrate together. My parents have been influenced by me and consume much more plant based foods and significantly less animal products than before! My dad also says he’s proud of me for being vegan :’)

3. Are there enough vegan choices in Singapore?

There are so many vegan choices in Singapore! There’s a vegan version of everything you could ever want (chicken rice, laksa, satay, nasi lemak, burgers, pizzas, cake, ice cream…..)!  You don’t HAVE to cook your own meals, but whether vegan or omnivore, it’s probably best for your wallet and health to have home-cooked meals in addition to eating out.

4. Is vegan food affordable in Singapore?
It’s as affordable or expensive as you want it to be. If you eat at a hawker centre or at home its cheap. If you want to eat at a vegan restaurant…. expect restaurant prices.

5. How easy is it to survive as a vegan in Singapore?
It’s fairly easy. Singapore’s one of the most vegan friendly countries in South East Asia 😀 The only issue is that vegan stalls aren’t as abundant as non-vegan stalls obviously. If you are forced to eat at a certain location for example in school, you’ll find your options may be limited.

1.What inspired you to start on a vegan diet? Was it challenging to make the transition?

I don't remember actually! I actually went vegetarian at first because I had a friend who was, but then was introduced to veganism through more research on the vegetarian diet.
I don't think it was that difficult for the transition, since I was already vegetarian at the time. I just slowly started eating less and less meat, and then was vegetarian for about 4 months before going vegan.

2. Are your family member(s) vegan as well? How did they feel about your change of lifestyle?

Nope! My parents were originally very against it — so much so that I never dared to tell them, until about 3-4 months afterwards. My family doesn't eat out together often, and we don't eat meals together either, so it was a little easier to get away with not eating meat/eggs. But then there was an article in The Straits Times about vegan athletes in Singapore, which I showed to my parents and it allowed them to further understand my diet, although they were very upset upon finding out. They insisted that I need meat for protein, and still needed to drink milk , but I guess the most important thing is to continue to persist. It's difficult and frustrating at first, but doing your best is what's most important.

3. Are there enough vegan choices in Singapore?

It is quite enough! Most of the places are very accommodating and have a wonderful atmosphere. Fortune Centre at Bugis has a wide variety of vegan places to eat at.  Eating out too often gets expensive whether vegan or not, so I prefer home cooked. Plus making adjustments to your taste is easier at home!

4. Is vegan food affordable in Singapore?

I would say it depends; eating out costs more, but it would cost about the same as going for non-vegan food. Buying basic ingredients for cooking is cheap (vegetables are the least costly foods in grocery stores!) but if you're looking for superfoods or vegan substitutes, they cost a little more, although I feel it's not necessary to purchase them.

5. How easy is it to survive as a vegan in Singapore?
It is quite easy, and it's getting easier! Nowadays a lot more places are accommodating, and people are becoming more aware of the increasing number of vegans/vegetarians in the country.

6. Any advice for aspiring vegans?

Hmm, I guess some advice for those who want to go vegan is just to try your best! Your intent is what matters; going vegan cold turkey isn't the easiest thing, but every vegan meal counts. Slowly reducing the consumption/use of animal products is better than doing nothing at all!